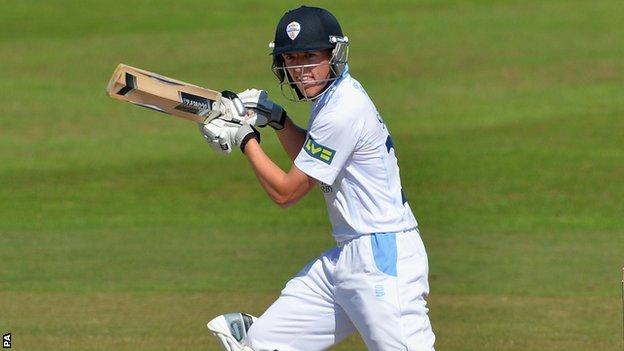 Derbyshire opener Ben Slater has signed a new deal that keeps him with the club until the end of the 2016 season.

The 23-year-old academy graduate impressed after winning a place in the Championship side in July, playing six County Championship matches and scoring 423 runs at an average of 35.25.

"This is reward for the effort Ben has put in. It has started to pay off."