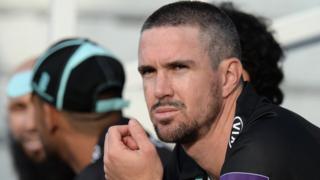 Former England batsman Kevin Pietersen describes the parody Twitter account that poked fun at him in 2012 as "horrible bullying" that caused him to "break down".

Speaking at length to Sportsweek on BBC Radio 5 live, Pietersen, 34, reveals he was "crying in the dressing room at Leeds" ahead of a Test match, asking then Coach Andy Flower "how it had come to this".

Current captain Alastair Cook has told the BBC he does not recognise the culture of bullying Pietersen alleges occurred in the England dressing room.

Pietersen's England career was effectively ended in February when his central contract with the England and Wales Cricket Board (ECB) was terminated.