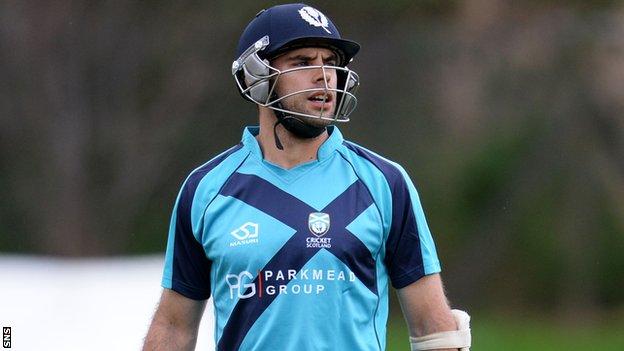 Scotland suffered a four-wicket defeat by Canterbury in New Zealand in the latest match of their World Cup warm-up tour.

A half-century from Preston Mommsen (55) and a strong innings from Kyle Coetzer (83) saw Scotland post a total of 270-7 after they elected to bat first at the Hagley Oval in Christchurch.

But the home side finished off their task in style as they reached 274 runs with 18 balls to spare.

However, Mommsen and Coetzer stepped in to steer Scotland back on course with 18 boundaries between them.

Rob Taylor and Matthew Cross both hit two fours each during the final three overs to add some bulk to Scotland's total.

Josh Davey took two wickets but Canterbury steadily moved towards their target with the help of a 68 from fourth batsman Neil Broom.

And Cam Fletcher (73 not out) and Todd Astle (45 not out) proved the match-winners with the former finishing off the contest with successive fours.