Will England win the World Cup?

The bookmakers rate them among the favourites, captain Eoin Morgan says they are a "very dangerous" side and former skipper Michael Vaughan thinks they can "cause a few shocks".

The statistics suggest anything but.

BBC Sport has analysed the figures from all one-day international cricket from 1 January 2014 until the start of the World Cup, and the findings make grim reading for those hoping England will lift the trophy for the first time.

They may have reached the final of the tri-series in Australia earlier this month, but England's recent form is woeful: they have won only 10 of their last 29 ODIs.

Officially, Morgan's side are the fifth best in the world, but they are well short of matching top-ranked Australia's record of winning more than three-quarters of their games.

Former England spinner Graeme Swann has said England have no chance of winning the World Cup while playing "old-style" one-day cricket - and the numbers seem to back up his argument. England's run rate of 5.13 per over betters only that of Bangladesh and Zimbabwe. 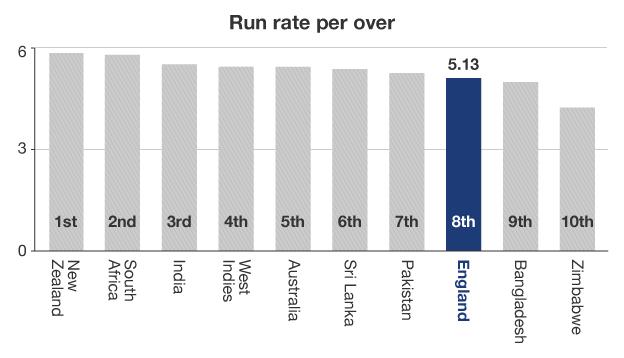 An England batsman makes a century every three ODIs, less than half the rate South Africa manage. Only three sides have a poorer record than England. 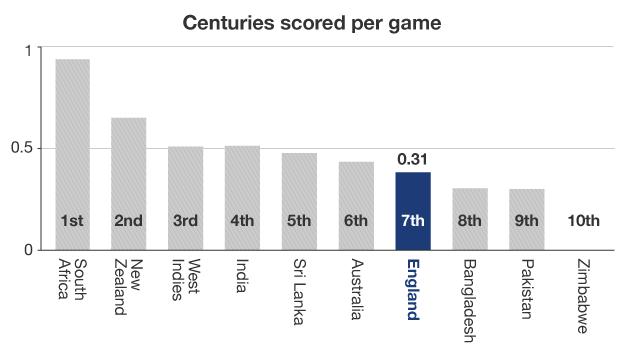 England perform badly in the key phases of the innings, when they are expected to take the attack to the opposition bowlers with fielding restrictions in force.

While they average 48 runs in the first 10 overs - the fifth-best tally among the 10 sides analysed - England's record in the five-over batting powerplay is poor: again, they score fewer runs than all but Bangladesh and Zimbabwe. 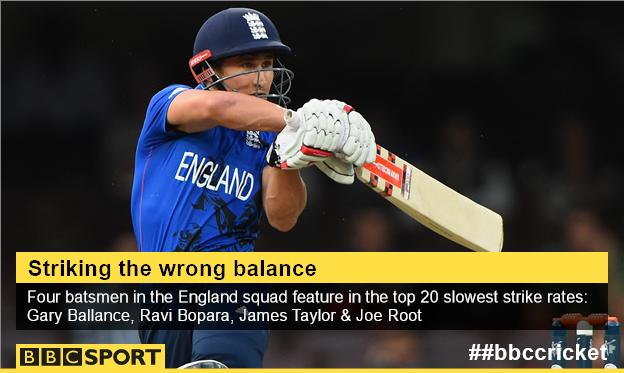 England fare equally poorly with the bat late in the innings, scoring fewer than 40 runs on average in the last five overs. Australia, by contrast, manage 52.

With the exception of Zimbabwe, who have not reached the final five overs when batting first, only Pakistan have a worse record than England. 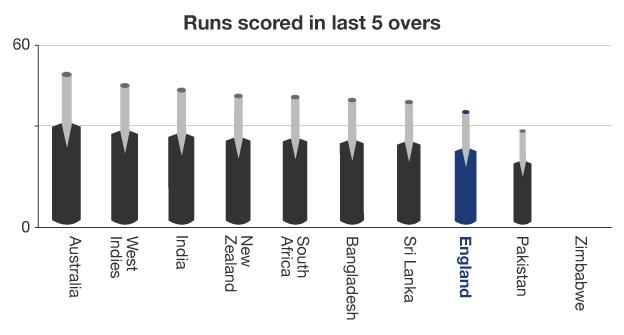 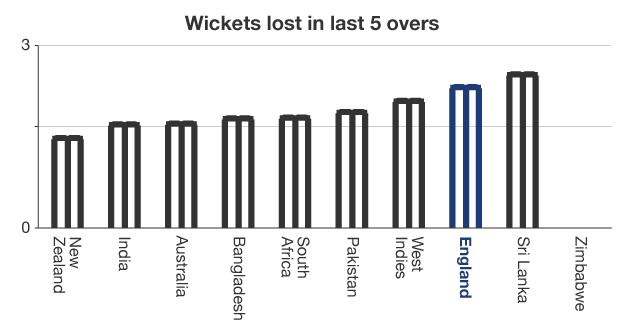 Below par with the ball

If England lack explosiveness with the bat, the statistics also show they are wasteful with the ball - both at the start and end of an innings.

Only two teams concede more runs or take fewer wickets in the first five overs, while England leak more than nine runs an over in the final five.

"Bowling at the death is going to determine many World Cup games," says Simon Hughes, 'the Analyst' and Test Match Special commentator. "At the moment, England are not very good at it."

England concede almost 24 runs on average in the first five overs. New Zealand, the most economical side with the new ball, restrict their opponents to 18. England are grateful for the presence of Pakistan and South Africa from keeping them off the bottom of the pile. 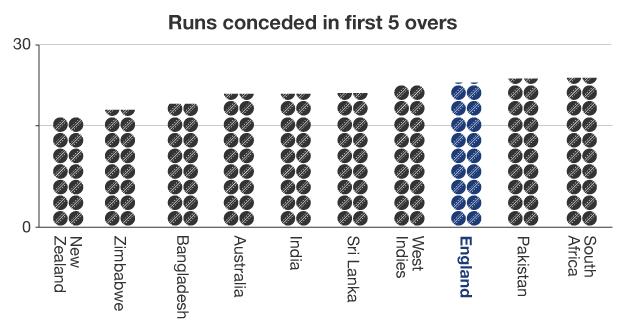 If early wickets are crucial in one-day cricket, England fall short: they manage a wicket in the first five overs roughly every other game. Pakistan and Zimbabwe are the only teams who are less incisive. 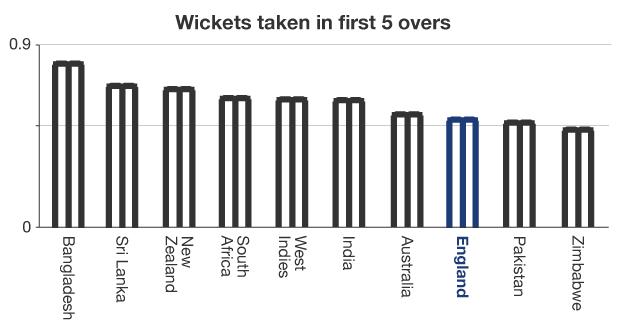 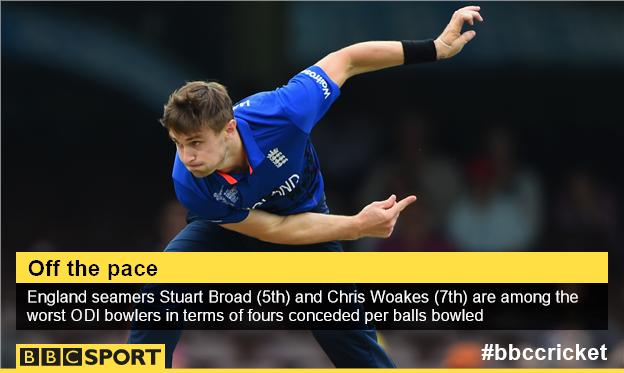