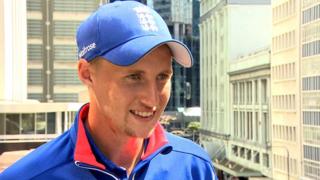 England batsman Joe Root says speculation that Kevin Pietersen may return to the England set-up is "completely irrelevant" to the team as they battle to stay in the World Cup.

Incoming ECB chairman Colin Graves said the first step back for the 34-year-old exiled batsman would be to play county cricket before considering a return to the national team.

England suffered their third defeat in four games at the 2015 World Cup in Australia and New Zealand and now need to beat Bangladesh impressively in their next match in order to progress.