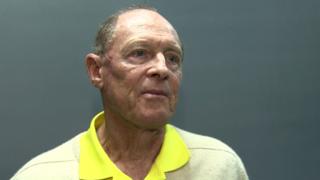 England as low as can be - Boycott

BBC pundit Geoffrey Boycott says England's early exit from the World Cup following a 15-run defeat by Bangladesh leaves them "as low as can be".

Boycott, a former England opener, says the tournament has been a "nightmare scenario" for the team, who he says are "light years behind" their competition.

England have lost to Australia, New Zealand, Sri Lanka and Bangladesh, with all four sides finishing above them and qualifying for the quarter-finals.