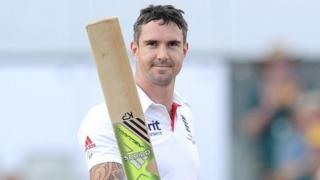 BBC Sport's Joe Wilson gets a "definite maybe" from Kevin Pietersen in Sydney regarding his potential return to the England fold.

The 34-year-old former England batsman has already suggested he could skip the new Indian Premier League season with Sunrisers Hyderabad to play county cricket instead, in an attempt to earn an international recall.

Former England captain Michael Vaughan believes there is "a small possibility" Pietersen, who was sacked by his country last year, will appear again for them this summer.

Villa v Newcastle off because of Covid cases

Sports Personality of the Year: Final contender announced from 19:20 GMT