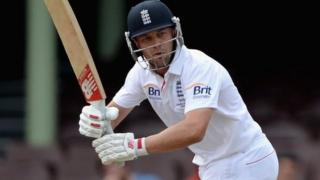 Former England captain Michael Vaughan says that the return of batsman Jonathan Trott for England's upcoming test series with the West Indies is a "risk" but could be a "gamble" worth taking.

Trott, who has not played for his country since leaving the 2013-14 Ashes tour because of a stress-related condition, has amassed 6,720 international runs in all three formats.

BBC cricket correspondent Jonathan Agnew adds that the 33-year-old Warwickshire batsman will be a "calming influence" in the England side.