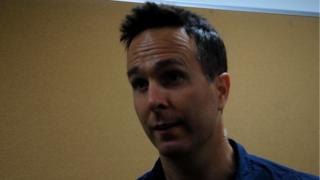 Former England captain Michael Vaughan pours praise on South Africa after they progressed to the World Cup semi-finals with a convincing first ever knockout win over Sri Lanka.

Wicket-keeper Quinton de Kock hit an unbeaten 78 with the bat after team-mate Jean-Paul Duminy had taken a hat-trick of Sri Lankan wickets.

The Proteas, who won by nine wickets, now go on to a last-four meeting with New Zealand or West Indies in Auckland on Tuesday.