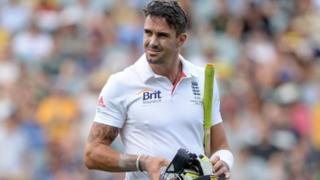 The 34-year-old batsman, who was sacked by England in February 2014, had earlier told BBC Test Match Special that he would "do anything" to regain his place in the England side and plans to play county cricket this summer.

Whitaker though, who was speaking after naming England's 16 man squad for their upcoming three-Test tour of the West Indies in April and May, suggests that the side's selectors prefer to continue with the likes of Ian Bell, Joe Root and Garry Ballance over recalling Pietersen.