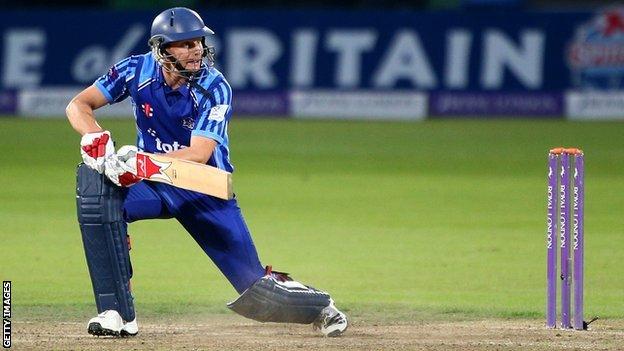 Gloucestershire's Jack Taylor took 3-38 and hit 41 not-out to lead his side to a win by four wickets against Glamorgan in Bristol.

Taylor's half-century partnership with Robbie Montgomery took the home side to victory with 6.3 overs in hand.

The Welsh side were without Graham Wagg because of a toe problem.