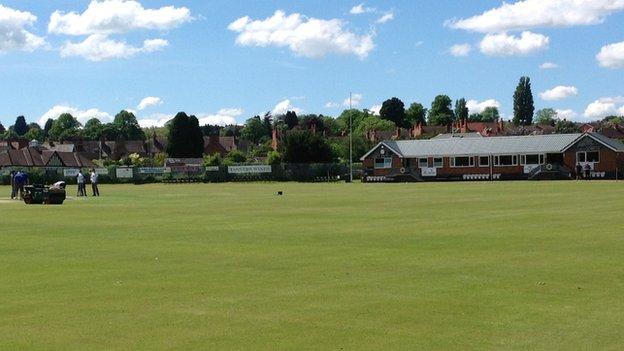 Worcestershire are to resume their annual Twenty20 challenge match against Shropshire, having been invited to play a friendly just across the county border at Bridgnorth on 20 May.

Shropshire hosted Worcestershire for the first time at Wellington in 2011.

They repeated the fixture at Shrewsbury a year later before playing each other at Shifnal in 2013.

But last summer Worcestershire were unavailable to play and neighbours Warwickshire sent a team over instead.

"I'm delighted that Worcestershire are coming back," said Shropshire chairman Toby Shaw. "Over 800 people watched the Birmingham Bears game last year, so if we can replicate that, it will be fantastic.

"I've spoken to Steve Rhodes, Worcestershire's director of cricket, and he was very positive about bringing a very good side to play us.

"The fact they have a number of our ex-county players who have now gone on to make their way in the first-class game with Worcester really adds to the excitement."

Shropshire are scheduled to begin the season with a Unicorns Trophy home game against Cumberland at London Road, Shrewsbury on Sunday, 19 April.

Worcestershire, who are due to host neighbours Gloucestershire at New Road in a three-day friendly (25-27 March), will begin the domestic first-class season against Oxford University in The Parks (2 April).

Their first County Championship game starts at home to Division One champions Yorkshire at New Road on Sunday, 12 April.

The Twenty20 match against Shropshire will come 48 hours before Worcestershire launch their T20 Blast campaign against the Bears at Edgbaston (22 May, 18:30 BST).