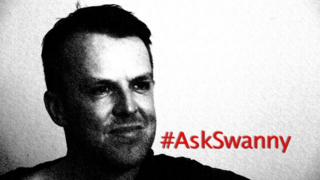 Former England spinner Graeme Swann says Test captain Alastair Cook is the "best leader" England have and, even if his form is not good during the upcoming series in the West Indies, he should continue as skipper.

Swann also believes that, despite their failure to qualify from the group stage during the recent World Cup, the England one-day side do not need to "drastically change" but need a new "mind set" to be aggressive.

In a question and answer session for social media, the former Nottinghamshire off-spinner and BBC Test Match Special commentator also says he does not have any plans to go into coaching at the moment.