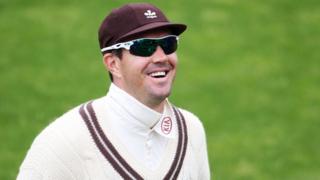 Pietersen signing a big plus - Stewart

Surrey's director of cricket Alec Stewart says the signing of former England batsman Kevin Pietersen is a "big plus" for the county.

Pietersen, 34, has rejoined Surrey for the 2015 season as he steps up his bid to earn an England recall.

Former England captain Stewart says Pietersen has signed a deal to play primarily first-class cricket and according to Surrey he will appear in their Championship opener against Glamorgan, from 19 April.