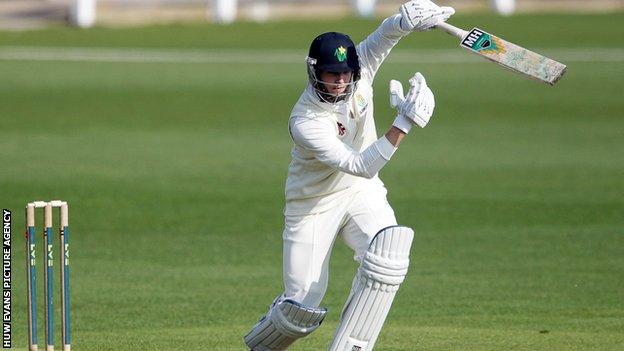 The Welsh county lost three second-innings wickets in the final 40 minutes of play on Tuesday at Grace Road.

"It's been a tough day for us," admitted the 23-year-old all rounder.

"We thought Leicester might pull out [declare] early and let us set a target.

"But it's difficult now because we're in a position where we've got to bat and make sure they don't have a chance of winning the game."

Meschede claimed three wickets before seamer Andy Carter took the last four in quick succession to bowl Leicestershire out for 435.

"It's been a tough day for us," added Meschede.

"We did well in sessions but we did slip a bit. The ball's in our court, but Leicester did get the ball to swing and it's going to be a challenging day."