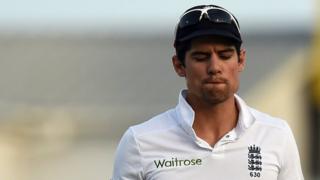 Graves said there would be "some enquiries" if England did not beat the "mediocre" hosts, but the West Indies' five-wicket victory in the final Test meant the series was drawn 1-1.

Cook also said he would be happy to work with former England captain Andrew Strauss, who is set to be named as the new director of English cricket.