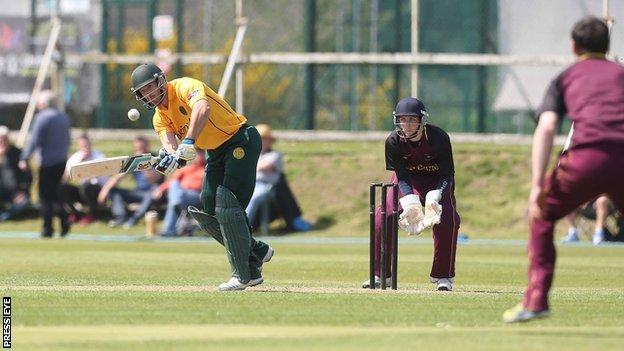 North Down won by 59 runs

A day of mixed fortunes for the North-West Warriors, but by the close of play in the three day Inter-Pro against the Northern Knights at Downpatrick they had regained the upper hand. The visitors lost their first three wickets for only 52, but Scott Campbell and Stuart Thompson came to the rescue with a fourth wicket partnership of 148. With the score on 238-4 they were expected to build on the solid position but lost their final six batsmen for only 34 runs.

In reply the Knights struggled in the final 7.5 overs of the day and were on 18 for two at the close.