Warwickshire director of cricket Dougie Brown says he is confident Ian Bell will get back to his best for England after his recent struggle for form.

Bell, 33, has rejoined Warwickshire after he was not selected for England's one-day series against New Zealand.

"He has struggled a little bit, especially in the past couple of Test matches," Brown told BBC WM 95.6.

"But he is still a top-class player and I am sure we will see the best of him very soon."

Bell, who has won 110 caps for his country, scored just 43 runs in four innings in the two Test series against the Black Caps.

He also picked up a pair in the third Test against the West Indies in Grenada at the start of May.

Bell will be available for at least one County Championship match with Warwickshire and five T20 Blast games with Birmingham Bears. 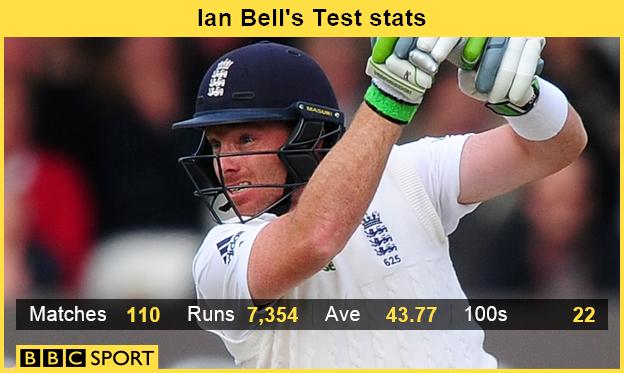 Brown believes the return of the England batsman, despite his lack of runs, would be a welcome addition to Warwickshire's set up.

"He strengthens us very much and he knows he is welcome back in this environment any time he is available," he added.

Meanwhile, England and Warwickshire bowler Chris Woakes is on his return to full fitness after undergoing surgery on a knee tear.

"We don't want to rush him as there still a lot of cricket this summer and he's got the Ashes series coming up which he will want to play as active a part as he can," Brown said.

"He needs to get some domestic cricket under his belt before that happens so we need to get him fit as quickly as we can."