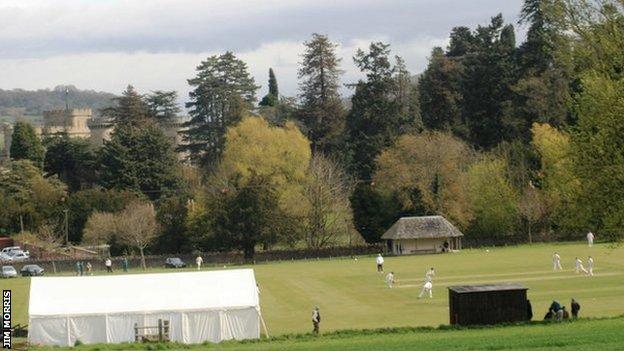 Shropshire kept up their unbeaten start to the Minor Counties Championship season as they drew with neighbours Herefordshire at Eastnor.

Despite 92 from Omar Ali, younger brother of England all-rounder Moeen, Shropshire were 15 runs behind on first innings thanks to a stunning 227 from ex-Worcestershire junior Ed Pollock.

Shropshire were bowled out for 281 in their second innings to set 267 to win.

Herefordshire were then left hanging on to draw the game on 191-7.

Former Yorkshire spinner Gurman Randhawa took 4-68 as Herefordshire fell well short of their victory target of 267 from a minimum of 55 overs.

After hitting eight sixes and 22 fours in his unbeaten first-innings double century, 19-year-old Pollock was this time out for 20.

But they bounced back from that to win their opening Championship game inside two days against Cheshire at Whitchurch.

Herefordshire lost by 108 runs in their first Western Division game of the season against Cornwall at Colwall.