England face a mammoth task to avoid defeat in the second Ashes Test after Australia turned the screw on the third day at Lord's.

Alastair Cook scored 96 and Ben Stokes 87 as the hosts made an admirable recovery from 30-4, but they were eventually dismissed for 312, still 254 runs behind.

Australia opted not to enforce the follow-on, advancing to 108-0 at stumps to lead by 362.

David Warner, dropped on nought by Adam Lyth in the gully, has 60, while first-innings centurion Chris Rogers is on 44.

With two days remaining, Australia are strong favourites to seal the victory that would level the series at 1-1 with three Tests to play.

England need to win the series outright to regain the Ashes urn. 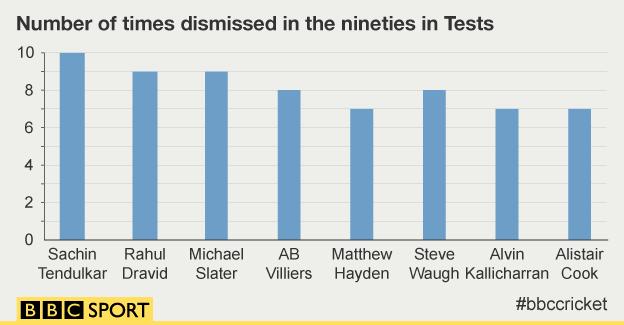 Cook anchored England's innings with a typically measured knock, sharing partnerships of 145 with the free-scoring Stokes and 55 with Moeen Ali (39) as the hosts made a significant recovery after Friday evening's collapse.

He was reprieved on 63 when Steve Smith put down a chest-high catch at square leg and appeared comfortably on course for his 28th Test century before engineering his own downfall. Chasing the boundary off Mitchell Marsh that would take him to three figures, he overstretched and got a thick inside edge on to his stumps.

It was the seventh time Cook has been dismissed in the nineties, the most by an England player, and only three shy of the least desirable of Sachin Tendulkar's many records.

In taking two key wickets with his medium-fast seamers, all-rounder Marsh went a long way to vindicating his inclusion at the expense of veteran Shane Watson, who went wicketless in Cardiff.

Marsh, the 23-year-old son of former Aussie batsman Geoff, pulled off an old Watson trick in breaking a crucial partnership when Stokes chopped a ball that moved in off the seam onto his stumps.

When he followed up with the prized wicket of Cook, Australia were into the England tail.

Australia were convinced they had dismissed him for nine when Peter Nevill claimed a low one-handed catch.

But the umpires called for a TV replay and eventually ruled that Nevill had grassed the ball in the course of taking the catch, leaving Michael Clarke and his team-mates incensed.

Buttler only added four more when he got a faint edge off a ball from Nathan Lyon and chose to walk even before umpire Kumar Dharmasena had raised his finger.

England missed the chance to put early pressure on Australia with the ball when Lyth reacted late to a thick edge from Warner off Stuart Broad and only managed to parry the ball to the boundary.

It is the third catch England have put down in that area after Chris Rogers and Steve Smith were both let off on their way to big hundreds in Australia's first innings.

Warner resisted the temptation to reprise his ultimately costly assault on Moeen Ali as he calmly progressed to his fifty off 71 balls, assisting the in-form Rogers in improving Australia's lead.

England all-rounder Ben Stokes: "At the moment, we've got to get our head around the fact that we are probably going to have to bat 150 overs to try and save the game. If there's ever a wicket to do it on it's this one. There are no real demons in it, there's not too much pace and there's not too much turn."

Australia all-rounder Mitchell Marsh: "We've got ourselves in a great position to really drive the game. I'm sure Michael Clarke has a total in mind for a lead, but I'm not sure. I imagine it will be around the 450 to 500 mark."

Former England batsman Geoffrey Boycott on TMS: "I think it will be tough for England, but I don't think you could get a better pitch than this to try and save a match on. The pitch isn't doing anything, it's straight and true with no great pace or spin. But history shows that it's not easy to do. They key is the top batsmen, if they get knocked over early with the new ball then it's bye-bye England." 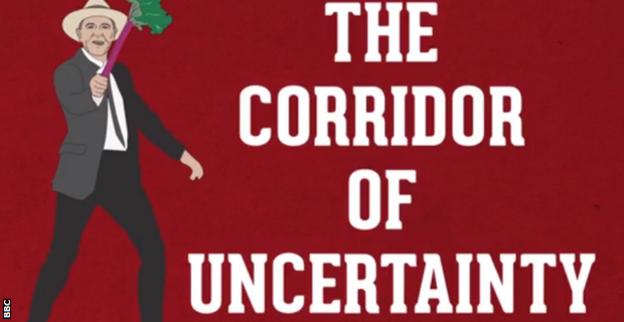 Geoffrey Boycott as the next James Bond?Catch up with the 5live Pint-sized Ashes.

What can we expect on Sunday?

With Sunday's forecast fairly settled, expect Australia to bat until lunch or just beyond before putting England in.

Much will then depend on England's brittle top order and whether they can withstand another onslaught from Mitchells Johnson and Starc allied to the relentless accuracy of Josh Hazlewood.

Off-spinner Nathan Lyon will also be gainfully employed, but on a wicket still resistant to turn, he may struggle to make an impact.

England are down, but not out.