On the morning of Thursday, 6 August 2015 the nation stopped to digest one of the most extraordinary sporting collapses of recent times.

The 2015 Ashes series has been anything but predictable, but what happened during the opening session of the fourth Test at Trent Bridge truly beggared belief:

This is how the world reacted throughout the morning:

England skipper Alastair Cook said it was "not a straightforward decision" to put Australia in to bat.

But he assessed the green pitch, which aids fast seam bowling, and the overcast and muggy conditions, for swing, and put his faith in pace merchants Broad, Mark Wood and Steven Finn.

Nottinghamshire bowler Broad went into the match on 299 Test wickets. "I couldn't pick a better place to try and get 300," he said at his home ground.

It's an early breakthrough for England and Broad, who reaches the milestone. Australia opener Chris Rogers falls for the first duck of his Test career.

Eight balls bowled and Michael Clarke's men are three wickets down! Trent Bridge is stunned and the Australia lower order are looking for their pads.

Social media is at fever-pitch as news of extraordinary events in Nottingham reaches office workers up and down the country.

Shaun Marsh finds Ian Bell at second slip off the bowling of Broad, before Durham's Ben Stokes produces one of the catches of the series at fifth slip to send Adam Voges packing.

The Australia fans who stayed up late retreat to the shelter of their duvets.

The tourists' display is summed up by skipper Michael Clarke's speculative and poor attempt to drive a wide delivery from Broad.

The legendary former Australia spinner tweeted the above following last week's loss at Edgbaston, although few would have labelled him overly optimistic for suggesting they could level the series here.

With 45 minutes to go before lunch, Broad removes the 'Mitchell brothers' of Starc and Johnson in the space of three deliveries. Nine wickets have fallen in only 78 deliveries.

The final pair of John Hazlewood and Nathan Lyon seem to hang around for a relative age before they succumb to the inevitable.

Broad finishes with figures of 8-15 and five maidens from 9.3 overs.

As for Australia, these stats tell their story: 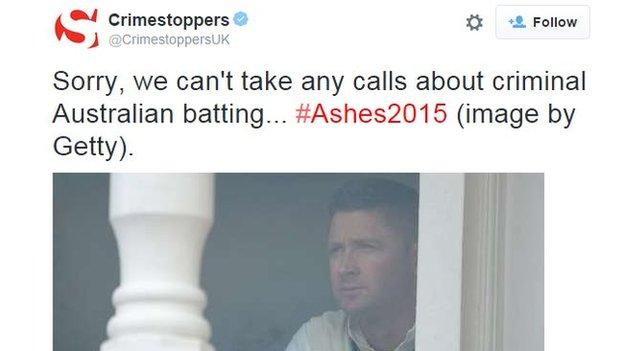 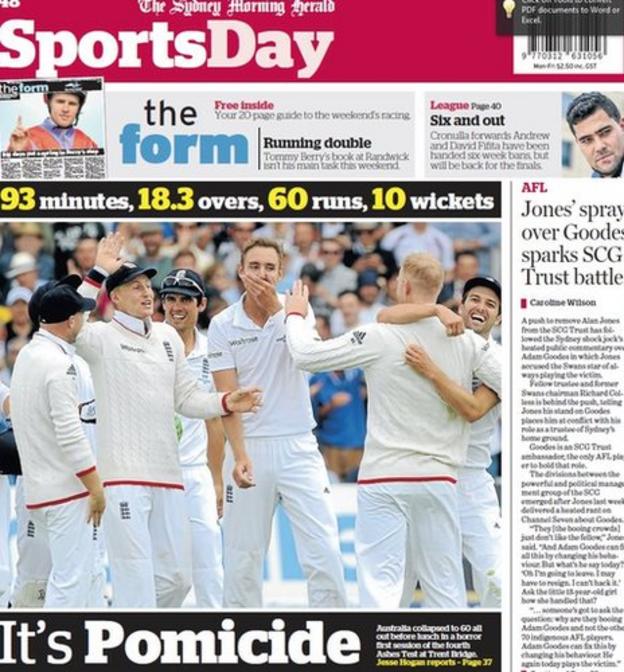 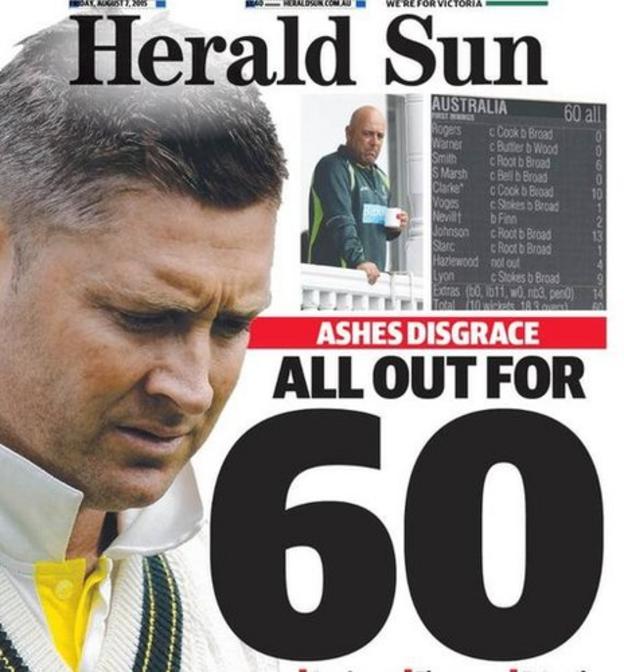 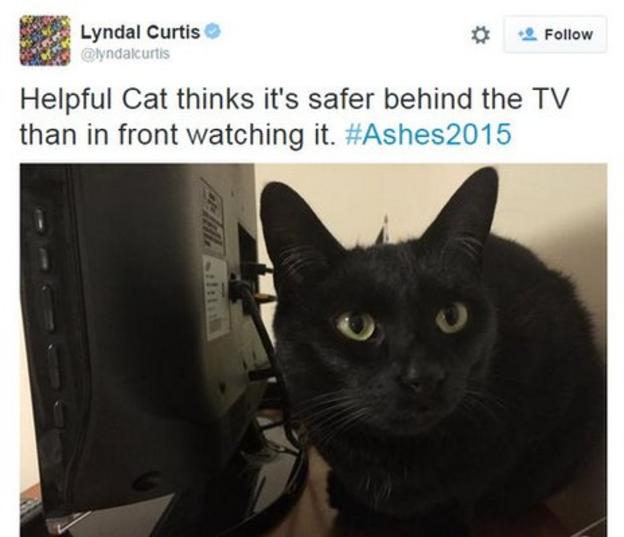