England bowler James Anderson will miss the fifth Ashes Test at The Oval after failing to recover from a side strain.

England lead the series 3-1 and have already regained the Ashes.

"He's made really good progress and the medical staff have been brilliant with him but he's still probably about a week away," Cook added.

"The way Mark has come in and bowled in the series - certainly in the first game and the last game - we have options.

"He's a brilliant character and a pretty good bowler who has really looked at home in international cricket in his early Test matches. I think we still haven't seen the best of Mark and that's what is really exciting about him."

With England's next series a tough away assignment against Pakistan on the turning pitches of the United Arab Emirates, and the series already won, there had been speculation that Yorkshire spinner Adil Rashid could be included at The Oval.

But Cook said Rashid would have to wait for his Test debut.

"We come into this game trying to win this series 4-1," he said. "That's what we've discussed.

"Adil has been with us in every single squad but the pitches haven't quite suited two spinners so Adil's had to wait for his chance.

"As a cricketer, he's really improving and he feels a lot more comfortable in the England environment. There's a one-day series to come so he'll probably get his chance in that."

Cook said his opening partner Adam Lyth needs a good match at The Oval in order to safeguard his place in the team after a run of low scores.

Lyth has scored just 86 runs from seven innings in the series at an average of 12.28. 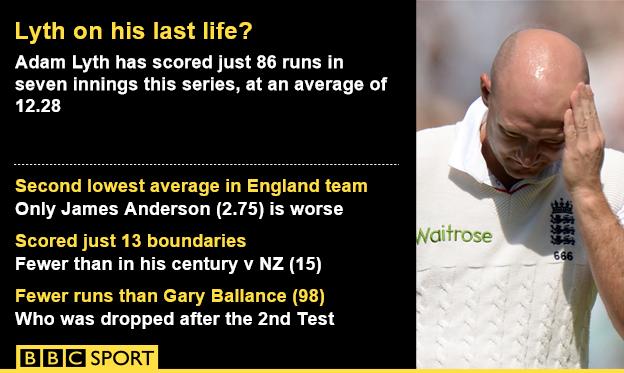 "He hasn't scored the runs he would have liked," Cook said. "It's tough when your first seven games are against the bowlers that we've faced.

"He's a very good player who can succeed in international cricket - he scored a very good century against New Zealand where you saw a lot of his talent. But he's got to go out there and score runs."

Australia will be forced into at least one change for the final Test, with seamer Josh Hazlewood ruled out with injury and likely to be replaced by Pat Cummins.

"Josh has some niggling problems we would like to manage," said Australia coach Darren Lehmann. "As such, he was not considered for selection for the fifth Test."

The last two Tests have seen bowler-friendly wickets produce three-day finishes, and Australia captain Michael Clarke believes the pitch at The Oval will be no different.

Opening batsman Chris Rogers added: "It's difficult. You only have to look at the past two Ashes series and the complete difference in the England wickets that have been prepared - and that is their prerogative."

Farewell to Clarke and Rogers

Clarke and Rogers have both confirmed that the fifth Test will be their final appearance in Test cricket.

Clarke has played 114 Tests, scoring 28 hundreds and averaging 49.30, and has captained Australia in 37 of those matches.

Rogers - Australia's top run-scorer in the current series - has played 24 Tests, all but one of those after being recalled at the age of 35 in 2013. He has scored five centuries and averages 42.86.

"There's no fairytales, are there?" Clarke said. "I would have liked to have played better in this series. But I think it's the right time for me to walk away.

"I've given my heart and soul to Australian cricket and every time I've walked on I've given everything I had for the team.

"I'm very fortunate to be the 43rd Australian cricket captain and I'm very proud and honoured to have had the opportunity."

Clarke says Australia must improve on their performances at Edgbaston and Trent Bridge.

"We need to show that grit and determination and resilience and play a lot better than we have done," he said. "I'm looking forward to hopefully finishing on a high."

Stats of the match 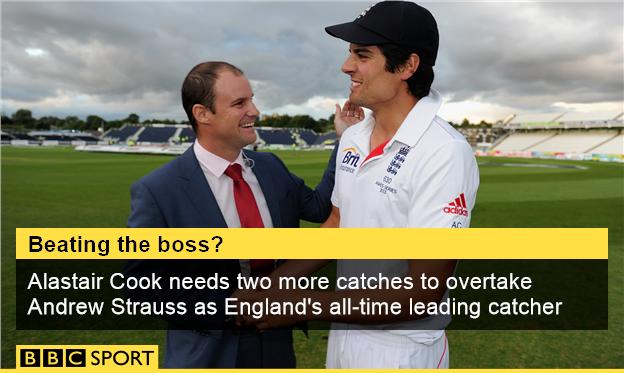 It looks like decent weather for the first three days of the Test, with Thursday to Saturday set to be warm and cloudy with sunny intervals.

However, BBC Weather says there is a strong chance of rain on Sunday's fourth day.