This may not have been a classic Ashes series but it was certainly memorable for its sheer unpredictability.

After the 5-0 thumping down under, and the disappointments of the World Cup and the West Indies, only the most one-eyed of England supporters really thought they would win this series, so to do it with one match to spare was quite extraordinary.

The momentum fluctuated wildly from one side to the other, with enormous margins of victory and defeat, making it almost impossible to predict what was going to happen.

And although it ended as a damp squib from England's point of view, they can reflect on a remarkable, unexpected triumph.

Here are five key reasons why England won the Ashes. 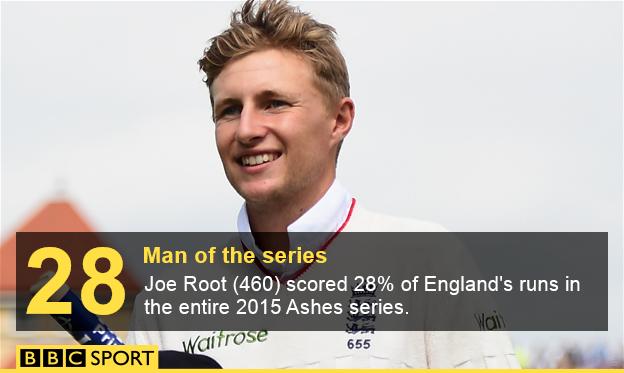 Possibly the biggest single moment of the series was Brad Haddin's drop to reprieve Joe Root when England were 43-3 on the first morning of the Cardiff Test.

International sport hinges on such instances and Root certainly made Australia pay with a vital century to haul England towards what proved to be a match-winning total.

The innings set Root up for the series, and he continued to score runs when his team needed them most.

Root is a friendly, impish character and a deserving winner of the Compton-Miller medal for player of the series.

We will never know quite how much influence Alastair Cook, Trevor Bayliss or anyone else at the ECB had over the preparation of the pitches, but after a slow, lifeless track at Lord's played into Australia's hands, we finally got authentic English surfaces at Edgbaston and Trent Bridge.

The green-tinged, juicy pitches played to England's strengths and exposed Australia's deficiencies against the moving ball.

The Australian batsmen worked themselves up into a state about the conditions and once James Anderson had rolled them out in Birmingham, they never really recovered.

Losing fast bowler Ryan Harris on the eve of the series was a bitter blow to Australia. He bowls a full length, is reliable, and was one of Australia's best performers in the 2013 series in English conditions.

The obvious replacement for Harris would have been Peter Siddle, who has also performed well in England before and went on to prove exactly what Australia have been missing with his excellent performance in the final Test at The Oval.

Siddle is a captain's dream, who would run into a gale with the new ball or the old ball and bowl that challenging line and length that Mitchell Starc and Josh Hazlewood struggled to achieve.

The other bewildering Australia selection was at Trent Bridge when they dropped all-rounder Mitchell Marsh on a green pitch and found themselves a bowler light.

These odd decisions have helped England along the way.

I haven't seen Stuart Broad bowl better than he did in this series.

From the very start, he bowled a perfect line and length and delivered one of the great Ashes spells to effectively secure the urn at Trent Bridge.

Broad has matured enormously as an individual and it was very pleasing to see his batting recover some of its bite.

He has worked very hard at it and looks much happier at the crease.

That is great news for England because he is a decent batsman and I'm sure we'll see more runs from him in the future.

Broad and Root were not the only England players to produce what captain Cook termed "game-changing" performances.

The series' run-scoring and wicket-taking charts suggest Australia had the more consistent players, but England seized the big moments with some outstanding individual displays. 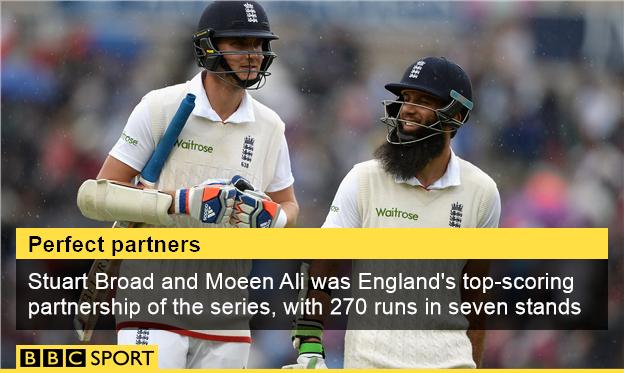 Overall, however, the batting from both sides was poor and the batsmen who do survive this series will have to go away and work on their defensive techniques.

Part of the game is knowing how to stop the opposition in its tracks, but in this series once one team got on top, the other one folded in a heap.

England are bound to make one or two changes for the trip to UAE to face Pakistan.

Adam Lyth is unlikely to hold on to the opening spot and there is a question mark over Ian Bell's future, which he told me he will resolve over the next couple of weeks.