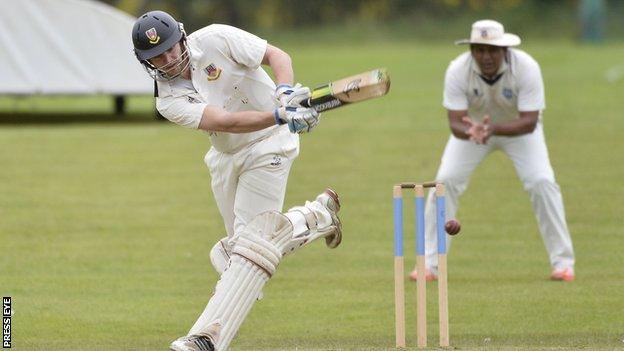 An undefeated 101 by James Shannon helped Instonians to a 51 run victory over CIYMS at Belmont. The Irish International faced 95 balls and hit four sixes and seven boundaries.

There was little at stake in this game as the Ulster Bank Premier League title is a matter between Waringstown and North Down and Ballymena have been relegated.

Due to a waterlogged pitch at Strabane the Inter-Provincial has been abandoned. Each side earns two points but Leinster Lightning had already clinched the title.

Carrickfergus won by 27 runs (D/L) and Ballymena are relegated

North Down won by seven wickets

Waringstown and North Down are joint leaders with the former having a game in hand. CI are now virtually out of contention with two games to play but eight points behind Waringstown.

Coleraine need to win their final game of the season at Brigade next Saturday to clinch the championship. Should they lose then there will be a play-off between the two teams at a neutral venue.