The England and Wales Cricket Board has defended its disciplinary process following a case involving Somerset bowler Craig Overton.

In September he got a two-game ban for allegedly swearing at Pakistan-born Sussex batsman Ashar Zaidi and telling him to "get back to your own country".

New details of the Overton case emerged in a report in the Guardian.

All ECB cases are handled by an independent body, the Cricket Discipline Commission.

Yorkshire captain Gale was initially banned for two matches for the incident involving Prince in 2014, but the CDC decided to extend the suspension by two further games.

Overton, 21, who has been part of England's one-day squad and came close to selection for the winter Test tour to South Africa, was found guilty of a level one offence for abusive language.

He reportedly denied the claims concerning the incident, which occurred during Somerset's Championship game with Sussex in September.

The ECB also denied Overton received favourable treatment, after he was picked for the England Performance Programme (EPP), which will travel overseas this winter.

"After reviewing the umpires' report, the chairman of the CDC gave clear guidance that this should be reported as a level one offence and that no further action would be taken by the CDC," the ECB said in a statement.

"The automatic penalty for a level one offence was subsequently applied and this took Craig Overton to nine points, the threshold for an automatic suspension.

"Craig Overton's selection for the EPP squad would have played no part whatsoever in the CDC's ruling in this matter. The ECB refutes any suggestion of interference or bias in the proper disciplinary process."

Before the England team left for their winter tour of South Africa, Test captain Alastair Cook said he did not know about the case but added: "Everyone knows the responsibility we have when you pull on that England shirt.

"Of course you want everyone to be committed and give everything for the cause but there is always a line you should not go past."

Somerset chairman Andy Nash added: "The matter is closed as far as we're concerned. I think the ECB dealt with it entirely satisfactorily, and we will always abide by and respect the ECB disciplinary committee". 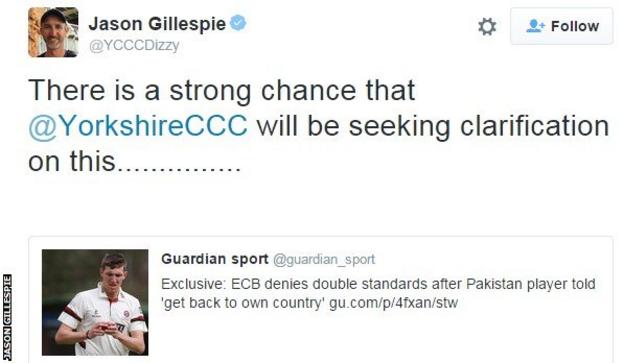