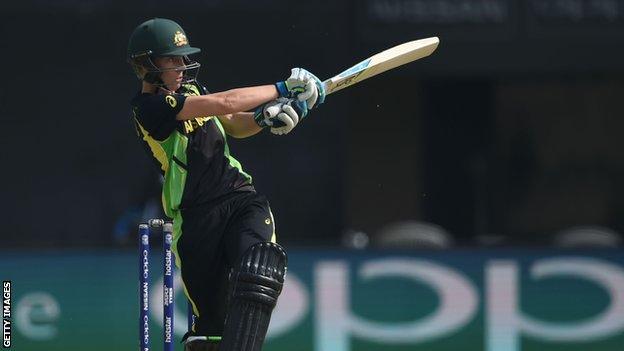 Cricket Australia is significantly increasing its investment in women's cricket in changes which will see the best paid players able to earn more than £53,000 a year.

Chief executive James Sutherland said he wants "to make cricket the sport of choice for women in Australia", with the deal a reward for recent success.

He added: "Of the more than 1.2 million people of all ages currently playing cricket in Australia, almost a quarter of them are women and girls. That number continues to grow rapidly and we will continue to support females playing the game."

Plans to improve travel and accommodation benefits, an updated pregnancy policy, and contributions to private health insurance were also announced.

Maximum retainers for the Australian women's national team will increase from £26,000 to £34,700 and combined with Women's Big Bash retainers, match retainers and tour fees, top players could earn in excess of £53,000 a year.

Minimum retainers for the world number one-ranked Southern Stars, who were beaten by West Indies in the recent World Twenty20 final, will double to £21,350, significantly below the minimum retainer for elite male players, which stands at £144,000.

England's women's team is also professional, with top players earning about £40,000 per year.