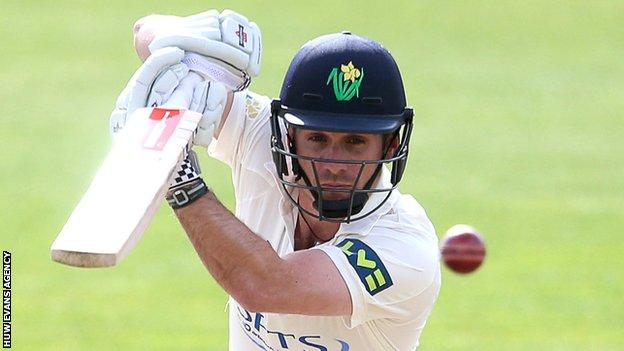 Glamorgan have recalled wicketkeeper Mark Wallace to their squad for the Championship match against Worcestershire in Cardiff on Sunday.

He had been dropped for the matches against Derbyshire and Kent - the first time he had been left out of the Championship team when fit since 2001.

However, he has scored successive centuries in second XI games and replaces James Kettleborough.

It is the only change to the 12 who were on duty in the defeat by Kent.

Worcestershire are set to be unchanged from their draw against Essex last time out.

Wallace was promoted ahead of new recruit Nick Selman, who compiled a remarkable 386 runs during four second-team innings against Surrey.

Kettleborough had a highest score of 42 in his first six innings of the season.

Worcestershire's England all-rounder Moeen Ali only scored eight runs against Essex and will be keen to recapture his form of the game before when he scored 208 runs in the match against Gloucestershire.

Team-mate and all-rounder Brett D'Oliviera scored his maiden first-class century against Essex, the third generation of his family to hit a hundred for the county after father Damien and grandfather Basil.

The visitors lie fourth in the second division after two draws and an abandoned game, eight points ahead of bottom side Glamorgan.

The hosts are still without injured batsman Colin Ingram.