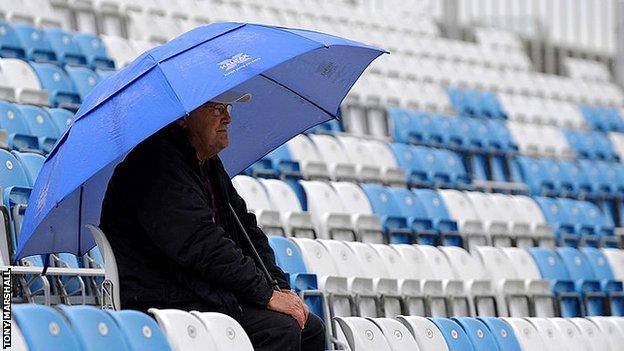 Morning rain left surface water on an already saturated outfield and umpires Nigel Cowley and Paul Baldwin called it off after a 14:30 BST inspection.

The teams have yet to be announced, but Worcestershire may include Tom Fell.

He is in the squad for the first time this season, after being given the all-clear following treatment for cancer.

Derbyshire, under new coach John Sadler in a Championship game for the first time, are eighth, 30 points behind fourth-placed Worcestershire.

Weather-ravaged Worcestershire have managed barely three hours of cricket in the last eight days, Saturday's four-wicket T20 Blast defeat by Nottinghamshire, following two abandonments against Warwickshire both in the One-Day Cup and the T20 Blast.

Having also lost their entire opening Championship game at home to Kent, as well as the third day against Glamorgan in Cardiff, this is their sixth full day lost this season.