Without sounding wise after the event, I saw the surprise coming.

England's team selection for the first Test against Pakistan, which begins at Lord's on Thursday, raised a few eyebrows.

Gary Ballance, without a great deal of form in 2016 for Yorkshire until a hundred against Middlesex last week, was recalled for his first international since last year's Ashes ahead of Scott Borthwick, who was the obvious candidate to bat at number three.

Borthwick has scored lots of runs for Durham and had been in great nick, but since England's last Test he has registered three single-figure scores in the County Championship.

And there's the problem England have, one I identified at the end of their series win against Sri Lanka.

There is so much loyalty to players already in the team, especially batsmen, that they are not replaced by the men who are in form in county cricket.

By the time they get round to making a change, the potential replacement - the man in a purple patch - could have lost that good touch.

Now, it looks a little bit of a hotchpotch in England's top five.

Joe Root has been promoted to number three, a position where he has not had a great time in the past.

Granted, that was a very difficult tour of Australia and Root was not the player that he is now, but he has done so well at number four. Why would you move the guy who has been successful?

It is a move to accommodate Ballance, showing that England are not quite convinced about him.

Root is a very good player and he might slot in very nicely at three but he has batted so nicely at four, it is certainly a gamble by England.

Despite his relatively modest time in domestic cricket, you can see why England were desperate to get Ballance back into the side.

He had a tough time last summer that eventually led to his omission, but this is a guy who scored four centuries in his first nine Tests and has an average of 47.76. He is also a cricketer of tremendous character.

But if Ballance has not addressed the technical issues that resulted in his downfall a year ago, he will be found out.

The left-hander has a huge step back towards his stumps, one that allows the pace bowlers to push the ball fuller, giving it more chance to swing.

Against the likes of Wahab Riaz and Mohammad Amir (more on him later), Ballance will have to move his feet because hiding back in the crease will make him susceptible to being bowled or caught behind the wicket.

Ballance has been done a bit of a favour by the selectors. They have recalled him without the runs that others have got in the County Championship and he does not have to go in at his old position of number three.

Now they will be looking for a return on their investment.

All of this is part of an ongoing problem with the England top order, one that has barely gone more than one series without a new face or a reshuffle since the retirement of Andrew Strauss in 2012.

A lot of that has been down to the struggle to find a replacement for opener Strauss and England were unlucky to lose James Taylor, but the fact remains that to win Tests you have to score runs.

Indeed, despite some very good recent results, England have been 100-3 or worse in 24 of their past 34 completed innings.

It is hard to say how this problem has arisen, but England need to find a way for the whole order to click. They need to play with confidence, but not recklessness, especially when they get the opportunity to bat on good pitches.

For all the uncertainty over the batting, the pace bowling department remains in good order, even without the injured James Anderson.

Jake Ball, who was in the squad for the Sri Lanka series but did not play, is likely to get the nod over fellow uncapped bowler Toby Roland-Jones and I am looking forward to seeing him bowl.

While Anderson is a big miss, England have been here before. It is typical of the character of Stuart Broad that he invariably steps up to the challenge of leading the attack, rather than wilting under the pressure.

And so to what is likely to dominate much of the conversation at Lord's: Mohammad Amir's return to the ground where he was caught spot-fixing six years ago.

Some have said he should not be playing, that he should have been banned for life, but my view is that he was a naive 18-year-old who was pressurised by a corrupt captain. I am inclined to be lenient.

In taking each case on its own merits, I would treat Amir differently to co-conspirators Mohammad Asif and Salman Butt, with Butt in an influential position of captain.

Amir was a young man who has been encouraged to come back - that is a good thing. It shows cricket is a grown-up sport.

But, on the other hand, I do not agree with some views on social media - mainly from Pakistan fans - that the issue should now be left alone.

We cannot and should not forget. I do not want the crowd to give him a hard time but if he gets a few jeers when he bowls a no-ball then that goes with the territory. He did what he did.

Amir will be a talking point throughout and talking about what he did and the punishment he served - he went to jail, remember - should serve as a deterrent to others.

He has served his time, but we will never forget. 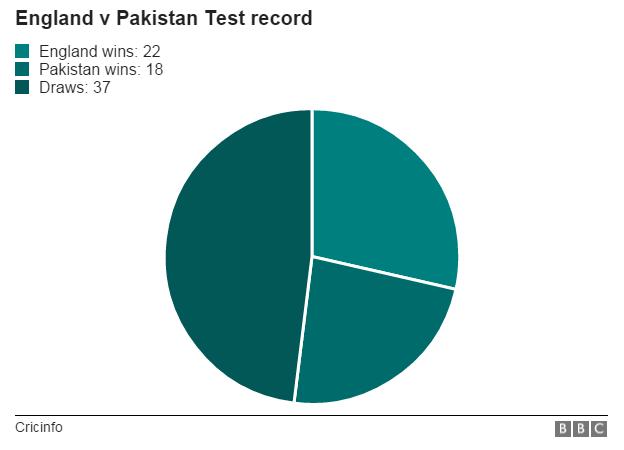 England must ignore the distractions

While we may talk about Amir, England must put any ill feeling to one side and play the ball and not the man.

That is because the left-armer Amir is a terrific bowler, one who can swing the ball at high speed and cause total devastation.

He will be backed up by another dangerous left-arm pace bowler, Wahab Riaz, and the skilful leg-spin of Yasir Shah, who could be a handful on the bouncier pitches of Old Trafford and The Oval.

With those three in the side, we know Pakistan are likely to bowl well, so a lot will depend on how they bat.

They have some good players who can bat long, not least the captain Misbah-ul-Haq, a man who loves Test cricket and will be determined to make the most of what will be his only tour of England.

England must bowl a full length, bring the Pakistan batsmen on to the front foot and make them deal with the moving ball.

Make no mistake, this will be a stern challenge for Alastair Cook's men.