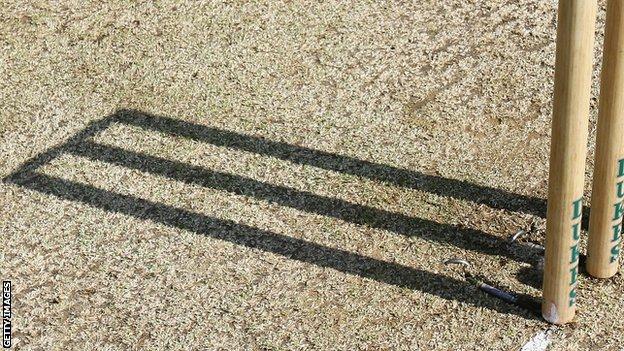 A Bangladeshi cricket team conceded 92 runs in the space of four balls to deliberately lose a match in a protest over umpiring.

Lalmatia Club were dismissed for 88 in 14 overs on Tuesday before bowler Sujon Mahmud sent down just four legitimate deliveries, despite bowling 20 balls.

Three deliveries were no-balls and 13 were wides - all of which raced to the boundary, costing his side 80 runs.

The four legal deliveries were hit for 12 runs by Axiom opener Mustafizur Rahman - not the Bangladesh Test bowler of the same name - as they completed a 10-wicket win in 0.4 overs.

Club secretary Adnan Rahman said the deliveries were part of a protest against poor umpiring in the Dhaka Second Division League, and that his team's captain was not allowed to see the coin after the toss.

The Bangladesh Cricket Board, which organises club cricket in Dhaka, told AFP they had asked match officials to submit a report before launching a formal investigation.

The most runs conceded in a Test innings is Australian left-arm wrist-spinner Chuck Fleetwood-Smith's 1-298, which came from 87 overs against England in 1938.