England pace bowler Stuart Broad says he holds no grudges, after being criticised earlier in the Ashes series.

Before taking 4-51 on day two of the fourth Test against Australia, Broad had managed only five wickets, and former England captain Michael Vaughan had questioned his place in the side.

"I've always had the appreciation that people are just doing their jobs," said Broad.

"You have to give your opinion and be critical at times."

He added: "I'm not going to hold grudges if people slag me off. In 15 years' time I might be doing the same."

Broad bowled 35 overs in the third-Test defeat in Perth as England were beaten to hand the Ashes back to Australia.

"I deserved criticism after the Perth defeat," added the 31-year-old, who has 397 Test wickets and sits second on England's all-time list.

"Since then, I've had one of those weeks where you get your tin hat on, duck down and don't really see much. I've been very unaware of things been written or said.

"I've gone to that place where you have to go as a sportsman, where you find something within yourself, get support from people around you and build yourself back up again."

On Vaughan's comments, Broad joked: "It was only two weeks ago that I was on holiday with him, so I don't know what he's been saying." 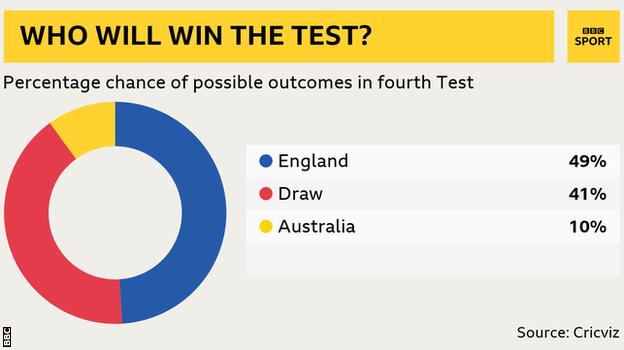 Vaughan thought Broad was "outstanding" on the second morning in Melbourne.

"He upped his pace and he came over the wicket to the left-handers for the first time in a long time," Vaughan said on Test Match Special.

"He's been willing to put more 'oomph' in his bowling and he looked more threatening."

Broad's spell helped England take the last seven Australia wickets for 67 runs, the home side slipping from their overnight 244-3 to 327 all out.

Alastair Cook then made his first Ashes century for almost seven years to help England to 192-2.

Like Broad, Cook has struggled on this trip, having scored only 83 runs in six innings prior to his innings in the Boxing Day Test.

"It shows a huge amount of character to be under that scrutiny and pressure, but still come out and deliver any sort of performance, let alone a hundred like Cookie," added Broad.

"I don't think you play this amount of international sport without some sort of deep self-confidence that you can find when you're very low.

"You have something there that you can clutch on to when things get tough that hopefully brings you back to performing.

"Both of us have put in strong performances over these two days and we know we'll need three more fantastic days to win this Test."

England still trail by 135 runs and need to continue the resurgence shown on Wednesday if they are to end an eight-match winless run and avoid a second successive 5-0 whitewash.

"England have to win tomorrow," said Vaughan. "I don't think we can get too far ahead of ourselves because they have been so inconsistent.

"Previously, they have had a few good hours, then suddenly they get hammered in a session. As a team, that's always in the back of your mind, so you have to back up a good day.

"If they do that, they will put Australia under a lot of pressure."