Pakistan's match against Sri Lanka was the first at this year's World Cup to be abandoned without a ball bowled after persistent rain in Bristol.

Both teams took a point from the washout - only the third in World Cup history - and have five from their opening three matches.

The square remained under cover until 14:00 at Bristol and, although the rain stopped, the umpires called the match off after two pitch inspections.

The only other game to have been affected by rain since the tournament started on 30 May was Sri Lanka's win over Afghanistan in Cardiff, which was reduced to 41 overs per side.

"We really wanted to play this match especially after gaining momentum with the win against England," Pakistan captain Sarfaraz Ahmed said.

"We have great team spirit and our confidence is on a high. We would want to carry the momentum into the remaining games." 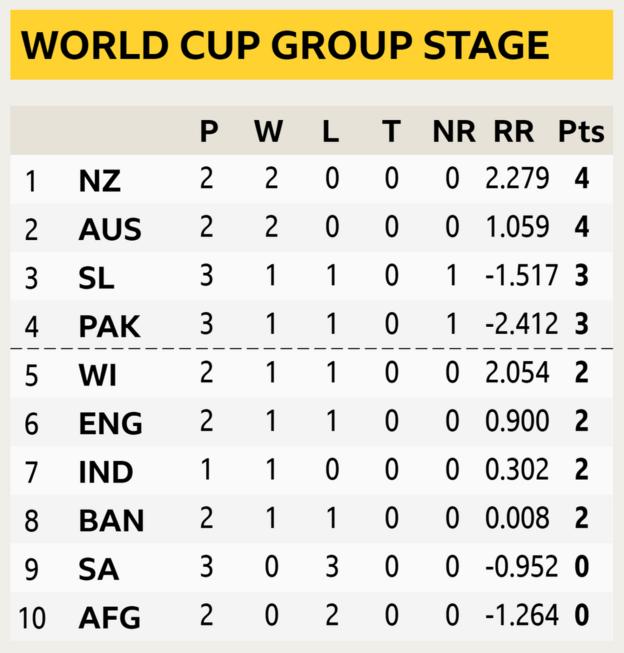