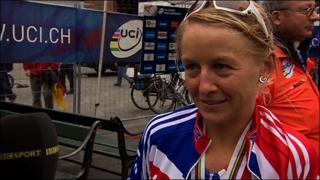 Pooley was full of praise for Arndt and also says she hopes her performance in Denmark means she will be in with a chance of being selected for the London 2012 Olympic time trial team.