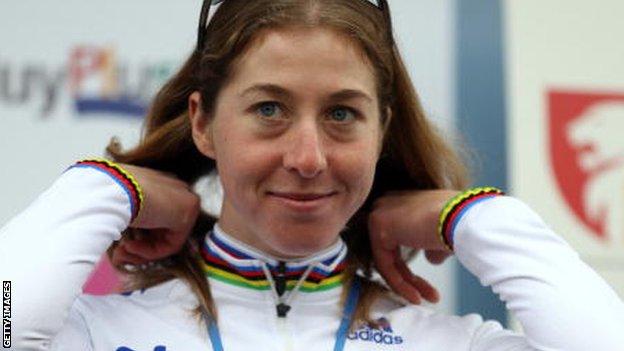 British cyclist Nicole Cooke has won the fifth and final stage of the Energiewacht Tour in the Netherlands.

The Faren-Honda Racing Team rider claimed victory in the 89-mile stage for her first major victory this year.

The win means Cooke, 28, finished 59th overall in the event, which was won by Germany's Ina Teutenberg.

"It is a fantastic feeling to get my 2012 season going properly. I should be increasing form and building for London," said Cooke.

"It shows I've still got it. I'm very pleased as it's always great to have that reference point against the best riders in the world.

"I think it is a really good signal to myself and my rivals that, when it comes to the sharp end of racing and tactics, I'm up there - and I'm as good as ever at executing a win."

Armitstead won two road races in Belgium last month but failed to finish the final stage of the Energiewacht Tour.

Selection for the Olympic squad is due to be confirmed in June.

"There is still a lot of work to do and much to focus on," said Cooke. "The coming weeks and months will make the big difference on that big day in London in July."