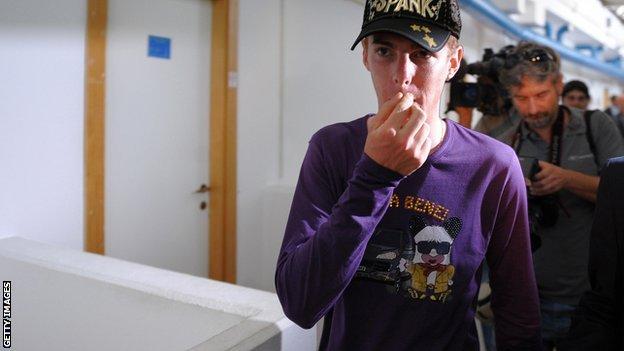 Italian cyclist Riccardo Ricco's career has been effectively ended by a 12-year ban for a second doping offence.

Ricco, 28, who served a 20-month ban after being thrown off the 2008 Tour de France, reportedly self-administered a blood transfusion in February 2011.

An Italian anti-doping tribunal found in favour of a recommendation from the Italian Olympic Committee's anti-doping prosecutor on Thursday.

Stating his innocence, Ricco said he injected himself with an iron solution.

However, experts have dismissed such claims, saying it would not have produced the symptoms he was suffering from.

After the incident Ricco was sacked by his Vacansoleil team and he then claimed he would quit cycling, saying it made him feel sick, before later stating that he planned to continue racing.

Ricco rose to prominence in 2008 when he won two stages and finished second overall at the Giro d'Italia.

He went on to win another pair of stages at the Tour de France, but tested positive for doping and was thrown out of the race.

Ricco was subsequently fired by his then Saunier Duval team, who also withdrew from the tour.