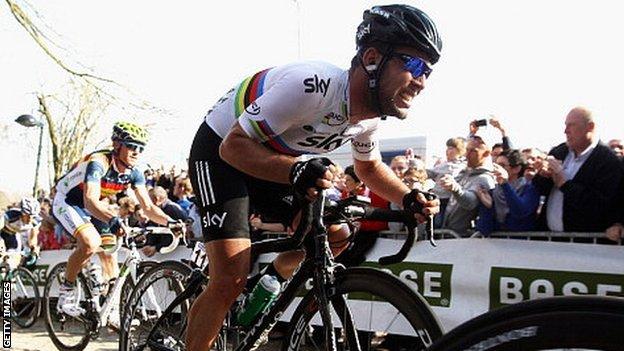 Mark Cavendish and Bradley Wiggins will compete together in Team Sky colours for the first time at the Tour de Romandie, which starts on Tuesday.

The pair will be among eight Team Sky riders at the 431-mile Swiss race.

No Briton has won the six-stage event, which begins in Lausanne and ends with a time trial in ski resort Crans-Montana on 29 April.

Cavendish joined Team Sky following the disbanding of the HTC Highroad team at the end of the 2011 season, but has yet to compete alongside Wiggins in his new colours.

Wiggins became only the second Briton to win the Paris-Nice race in March, while world road race champion Cavendish failed to finish the Milan-San Remo classic in his most recent outing.

The pair are joined by fellow Britons Chris Froome and Geraint Thomas in the Team Sky line-up.