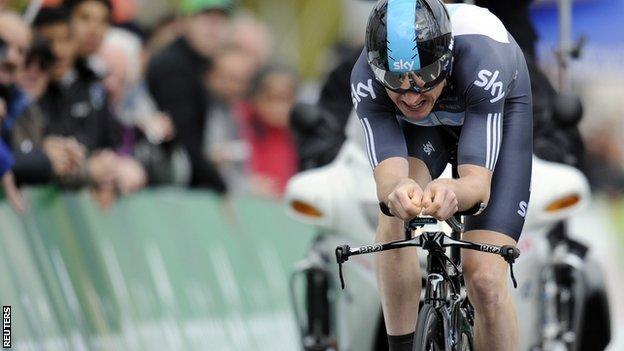 He struggled in the rain and finished nine seconds off the pace.

Thomas told the Team Sky website: "It's a nice little win. The team told me I was racing here about 10 days ago so it was great to come over. I always knew that I'd be up there.

"Fortunately with the weather conditions it played into my hands a bit but there was only really one corner. There's only so much time you can lose in one corner."

The Welshman said he would now be looking to support Cavendish and Wiggins, competing together in Team Sky colours for the first time.

"Coming from the track I don't really have the climbing legs at the minute. I've been used to 4km the last couple of weeks with the track, but we'll give it everything and see what happens."