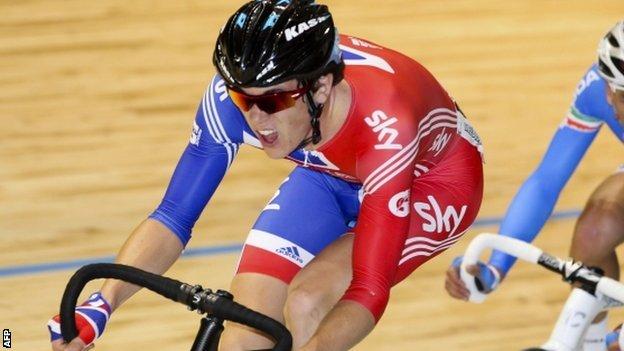 Great Britain's Ben Swift has confirmed he has dislocated his right shoulder after a crash in training.

The injury forced the 24-year-old Team Sky rider to pull out of the Giro d'Italia, which starts in Denmark on Saturday.

While the shoulder is not fractured, the injury could still leave Swift facing an uphill task to prove his fitness for London 2012.

His place at the Giro will be taken by Jeremy Hunt.

Swift, who won gold in the 15km scratch race at the World Championships in Melbourne last month, has turned his focus from the track to the road.

He was in contention to be one of four support riders when Mark Cavendish bids for Olympic road race gold on 28 July.

Swift said on Twitter: "Well good news is that nothing is broken, just a dislocation which went back in.

"Have anther MRI scan next week once swelling has gone down."