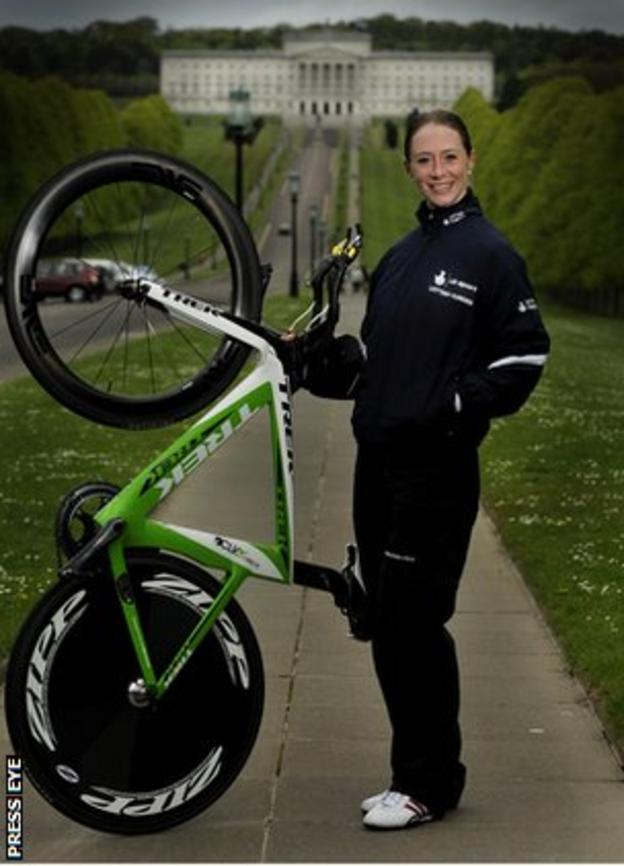 That left her 22 seconds ahead of Russia's Olga Zabelinskaya with Germany's Hanka Kupfernaghel in third.

The 22-mile event started at Stormont and took in Newtownards, Bangor, Holywood and Tillysburn.

"It has been a real honour to compete here today and the support has been fantastic," said county Londonderry woman Houvenaghel.

"As I focus on qualifying for the Games it is good to be able to come home and compete on home turf, especially as I have come away with a win."

The race was one of only four Olympic qualifiers in the time trial event for the London Games.

Incorporated into the Celtic Chrono event was a charity leisure cycle which raised money for Action Cancer, the NSPCC, Diabetes UK and Aware Defeat Depression.

The event was the first time that an Olympic time trial qualifier has ever been staged on the island of Ireland.

Northern Ireland woman Houvenaghel's Olympic event will be the team pursuit where she will be hoping to help Great Britain land gold in London.

Houvenaghel faces a major battle to win a place in the three-woman British team for the Olympics after not making the line-up for last month's World Championship final in Melbourne.

The British trio of Joanna Rowsell, Dani King and Laura Trott clinched gold in a world record time in Australia with Houvenaghel on the sidelines for the final win over the hosts.