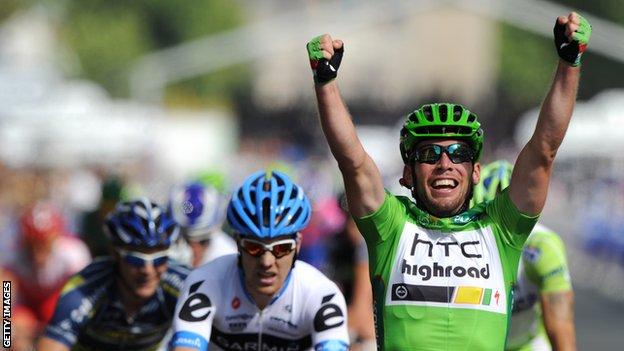 Edinburgh could host the Tour de France's Grand Depart in 2017.

The Scottish capital is being lined up to host the opening Tour prologue - a short time-trial stage - with Yorkshire bidding to host the Grand Depart in 2016.

It is understood Tour organiser Amaury Sports Organisation was impressed by Edinburgh on a recent visit.

Scotland's First Minister Alex Salmond said: "To bring such a fantastic event to Scotland would be a huge coup."

London hosted the Grand Depart in 2007 and the Tour, in general, starts outside of France every other year.

With Glasgow hosting the Commonwealth Games in 2014, the Rugby World Cup taking place in England a year later and 2016 being an Olympic year, 2017 is considered an ideal opportunity for the UK to host the Tour, which attracts two million people to the opening stage.

British Cycling chief executive Ian Drake said the last visit to Britain by the Tour was a "great success".

"British Cycling has embraced the opportunity to work with Scotland, helping them to fulfil their ambition of bringing the Grand Depart to Edinburgh," he added.