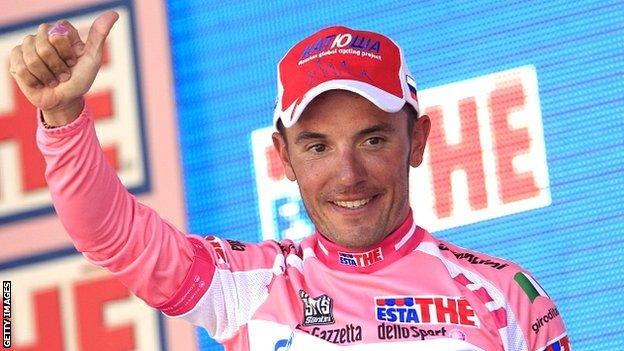 Casar was part of nine-strong breakaway that held a lead of more than five minutes on the peloton at one point.

That gap that would have been enough to give the Frenchman the overall lead.

But after Lars Bak had leapt clear, with Casar second, the rest of the field finished well to leave the RDJ rider 26 seconds behind.

The result moves Casar up to third in the general classification, with Canadian Ryder Hesjedal, 17 seconds off the pace, still Rodriguez's closest challenger.

Juan Antonio Flecha was the first man home from Team Sky in 10th, with team-mate Mark Cavendish, who leads the sprint standings ahead of Matt Goss and Rodriguez, finishing as part of sizeable group more than 20 minutes behind Bak.