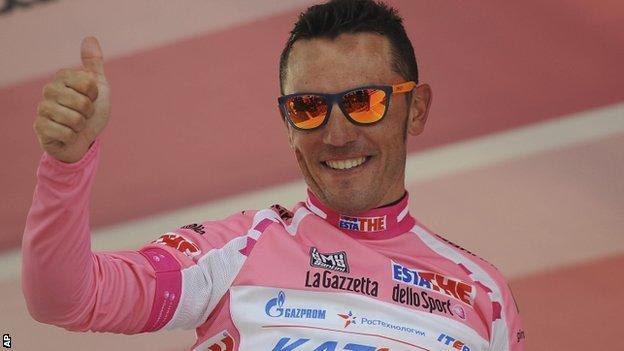 Roman Kreuziger won the 19th stage of the Giro d'Italia as Joaquin Rodriguez's overall lead was cut to set up a dramatic final weekend.

Spain's Rodriquez saw his lead over Canadian Ryder Hesjedal shrink to 17 seconds but held onto the leader's pink jersey with two stages remaining.

It was one of the toughest stages in this year's Giro, with five categorised climbs along the 198km route from Treviso to Val di Fiemme, including two ascents up the daunting Passo Pampeago and a third category one climb.

Another difficult test awaits in Saturday's 20th stage, with the 219km trek from Caldes ending with a 14-mile ascent up the Passo dello Stelvio, at 2757m altitude the highest point of the Tour.

The Giro finishes on Sunday in Milan.