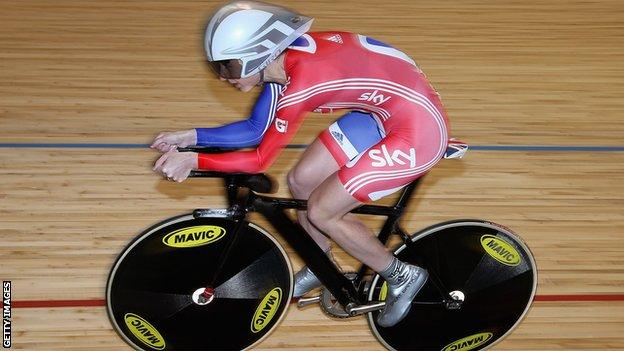 Wendy Houvenaghel is set to quit track cycling at the end of the year.

The 37-year-old, who is from Northern Ireland but based in Cornwall, won silver in the 3km individual pursuit in Beijing and was second at this year's World Championships.

"This will be my last Olympic Games," Houvenaghel told BBC Radio Cornwall.

"I'm going to be in the best possible shape that I physically can be in and I'm looking forward to exploring different opportunities afterwards."

She continued: "I'll probably leave competitive cycling behind after this season is over."

Houvenaghel will be part of the team pursuit squad in London - her own event having been dropped from the Olympics - but she she was not in the starting trio at the World Championships which went on to break the world record and take gold.

Despite that, she says she is delighted to have a chance to race at London 2012.

"I'm really pleased, it's a huge honour and a great opportunity to be able to ride for Great Britain this August.

"I feel so much more prepared this time around than I did previously and the fact we are having it in our own country is a huge bonus and something that all of us athletes are looking forward to."