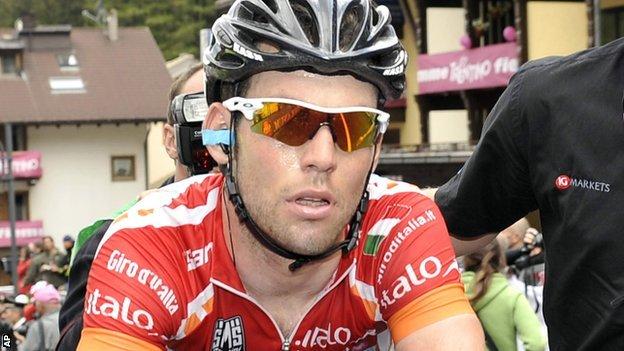 Mark Cavendish was edged out of a stage win for the second day in a row at the Ster ZLM Toer in the Netherlands but the world champion retained his lead.

In his final race before the Tour de France, the Manxman was pipped by Dutch rider Lars Boom during the third stage from Hotel Verviers to La Gileppe.

Cavendish's performance on the 187km stage three was enough to see him extend his lead over another Rabobank rider, Mark Renshaw, and the man who narrowly beat him on Friday - Germany's Andre Greipel of the Lotto-Belisol outfit.

"It was a tough, tough finish but the guys did great and Mark now has eight seconds in hand of Boom going into what's a pan-flat final stage so that's good."