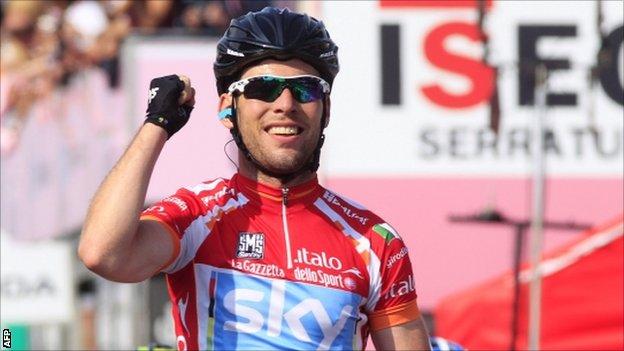 The Team Sky rider held the yellow jersey, with an eight second advantage over Lars Boom, heading into the final stage, a pan-flat 163.5km course.

Cavendish maintained his lead over the Rabobank rider as he finished in the front group after a sprint finish.

"I've been second a couple of times but this is my first GC win and I'm really happy with it," said Cavendish.

Looking ahead to the Tour de France, which begins in Liege, Belgium on 30 June, and the Olympics, Cavendish added: "I'm training really well.

"I wanted to be in my best form and I definitely am so I'm looking forward to France now and hopefully Team Sky getting the green and yellow jerseys.

"It's pretty much about relaxing now and really looking after myself these next two weeks. You've got to start the Tour de France as fresh as possible - especially so this year with the Olympics so soon after."

Team Sky sports director Steven de Jongh said: "It's a first stage-race win for Mark and he's pretty happy with it - I think there should be more in the future too.

"The guys had another good day - they controlled it throughout for the jersey. Rabobank helped out too as did Argos-Shimano later on.

"The whole team has done really well this weekend and there have been plenty of other plus points."