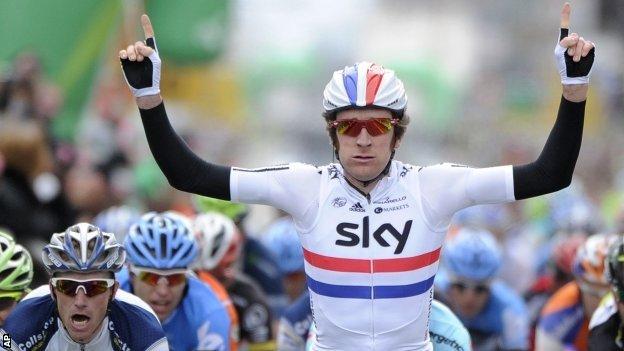 Bradley Wiggins is missing out on the chance to defend his British National Championships road race title so he can concentrate on the Tour de France.

Bradley Wiggins so far in 2012

In the absence of their premier riders, Team Sky will field Alex Dowsett, Jeremy Hunt, Luke Rowe, Ian Stannard and Ben Swift in the event.

Ellingworth added: "The riders that have entered this year are all looking forward to it and every one of them will be going all-out to take the victory.

"It's an honour to wear the national colours and if a Team Sky rider can make it three wins from three, it'll be a massive achievement."