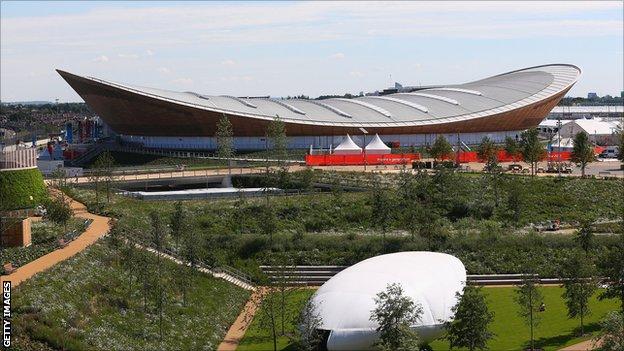 London's Olympic Velodrome is to bid to host the UCI Track Cycling World Championships in 2016.

The news that London will bid for the event comes on the day Bradley Wiggins became the first rider from the United Kingdom to win the Tour de France.

Tean GB are set to shine in the track cycling at the 2012 Olympics with Sir Chris Hoy, Geraint Thomas and Victoria Pendleton among the favourites.

The last time Britain hosted the World Championships was in 2008.

"I want our great capital city to play its own part in the cycling revolution that is taking place by hosting the track cycling world championships in 2016," said the Mayor of London, Boris Johnson.

"This is the best sports city in the world and the wonderful velodrome we have built in east London would be packed to the rafters for such an event."