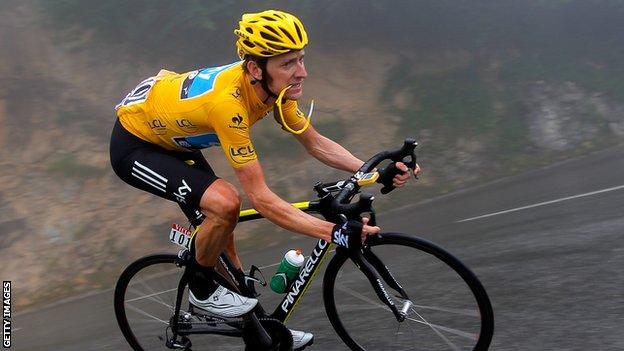 Bradley Wiggins has been rested from Team Sky's eight-man line-up for next week's Tour of Denmark.

He had originally been scheduled to make his return to professional racing in the five-day race but has now been given some extra time off.

The Olympic time-trial and Tour de France champion is currently on holiday with his family in Mallorca.

He will be back in Lancashire to host the inaugural "Ride with Brad Sportive" on Sunday.

No decision has been reached yet on when the 32-year-old star will make his return to competition.

British fans will now be optimistic that Wiggins might be included in Sky's plans for the Tour of Britain, which starts on 9 September, although the World Championships in the Netherlands a week later might be a safer bet.

News of Wiggins' absence will disappoint the organisers in Denmark who have been using Wiggins and Sky team-mate Mark Cavendish to drum up interest.

Cavendish, who won the road race at last year's World Championships in Denmark, will still be lining up when the race starts in Randers on 22 August, and he will be joined by two of Britain's victorious Olympic team pursuit quartet, Peter Kennaugh and Geraint Thomas.