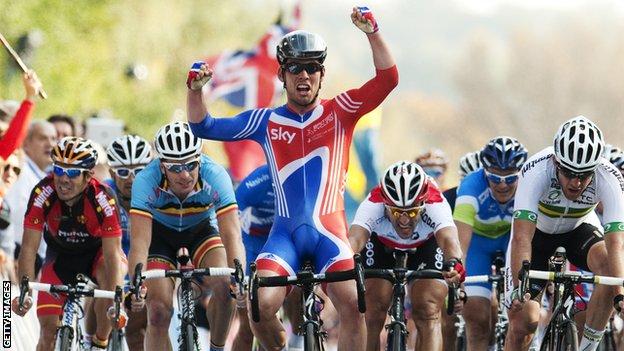 The exploits of Bradley Wiggins, Lizzie Armitstead and Chris Froome have helped Britain qualify the maximum number of riders for next month's World Road Championships in the Netherlands.

The number of riders each nation is allowed is determined by the sport's ranking system as of 15 August.

Great Britain have the full allocation of nine riders in the men's race, one more than in last year's event.

They also have the maximum seven in the women's race.

Wiggins, who became the first British rider to win the Tour de France in July, also earns the team an additional spot in the individual time trial, thanks to his victory in the event at London 2012.

This means there will be three British riders in the field on 19 September.

There will also be a full allocation of six British riders in the men's junior race, and reigning world junior champion Lucy Garner will make it five riders, instead of four, in the women's junior race.

The only in which Britain will not be able to field the maximum number of riders is the men's U23 road race, where GB will field just three riders.