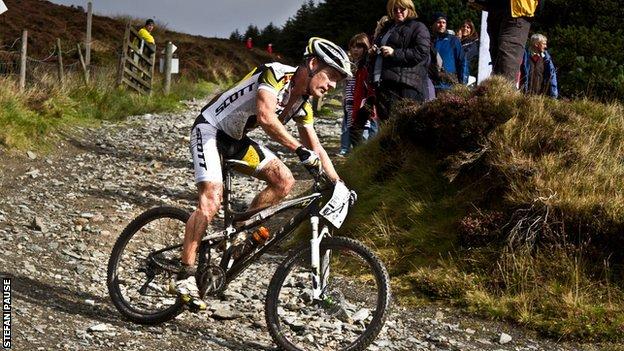 He said: "I never ever expect to win but I always do my best to win."

Last year, he completed the challenge in two hours, 53 minutes and 17 seconds.

Craig continued: "The conditions aren't going to be great but it's the same for all of us. I love this event and if I finish first, second, third or fourth I will still have a great time.

"It is a race that has everything and the quality and quantity of the field is improving each year."

Craig will be competing on a Scott 29er bike at this year's race.

Riders will have to tackle a variety of terrain and climb more than 1,500m, as they ride from the Point of Ayre in the north of the island to Cregneash in the south.